Dystonia is a neurological disorder that causes muscles in the body to contract or spasm involuntarily. The involuntary muscle contractions can cause twisting, repetitive and patterned movements as well as abnormal postures. Dystonia is not a single disease but a syndrome- a set of symptoms that cannot be attributed to a single cause but share common elements. Some forms of dystonia may affect a specific body area, such as the neck, face, jaw, eyes, limbs or vocal cords. When dystonia affects a specific body area it is called a focal dystonia.

Blepharospasm affects the muscles of the eyelids, forcing the eyes to blink excessively or remain closed. Although vision remains normal, the muscle spasms may eventually render the person unable to see.

Cervical Dystonia (Spasmodic Torticollis) affects the muscles in the neck and shoulders. The muscle spasms can be painful and cause the neck to twist to one side, forward or backward. The neck may pull, turn or jerk or be held in a fixed position.

Spasmodic Dysphonia (Laryngeal dystonia) involves the muscles inside the larynx or voice box. These muscle spasms may force the vocal cords together causing a strained or strangled voice, or hold the vocal cords apart causing a breathy, whispered voice.

Oromandibular Dystonia causes the muscles of the lower face to pull or contract. Sometimes the jaw muscles pull the mouth open or closed involuntarily. The tongue may be affected.

Writer’s Cramp is a type of occupational or task specific dystonia that is triggered by a specific action or movement. Writer’s cramp causes the hand and forearm muscles to contract during the act of writing. When the pen is put down the hand generally relaxes. 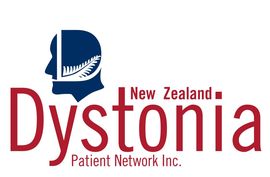