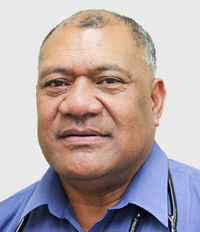 Dr Aisake Takau has over 30 years of experience working as a GP. He initially trained in Fiji at the University of the South Pacific and then practiced medicine in several Pacific Islands before relocating to New Zealand in 2006. Since then he has worked at Rotorua Hospital, Middlemore Hospital and a number of Auckland medical clinics including The Fono West. He re-joined The Fono in 2015 as a GP at The Fono South in Manurewa. He is of Tongan heritage (born in Nuku’alofa) and is fluent in both Tongan and English. Dr Takau works Mondays and Fridays at The Fono West Central in Blockhouse Bay and Tuesday, Wednesday and Thursdays at The Fono South in Manurewa.