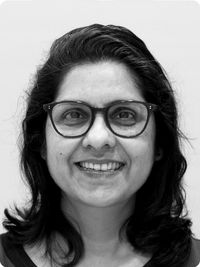 Originally from India, Dr Anita Gautam Naik decided to retrain in General Practice after moving to NZ in 2009. She attained RNZCGP membership in 2014 and became a Fellow in 2018.

Her special interests include mental health, women’s and children’s health. She also holds certificates in Emergency Paediatrics and Contraception and Early Pregnancy .

Besides English, she speaks Hindi, Konkani, Malayalam and also understands Marathi. Outside of work she enjoys Indian Classical music and spending time with family.

Dr Anita Naik is available at the following services:

Book your standard appointment online through our website www.mmc.gen.nz