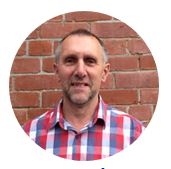 Educated in the UK and NZ, Eric’s working life began not in medicine but in the furniture industry as an apprentice designer. After returning to NZ in 1983 he began medical training at the University of Otago.

He is interested in older people’s health and enjoys the challenge of minor surgery and palliative care.

A father of 2, he was drawn to the culture and team approach to family medicine at MHC which he joined as a partner in 1996.

Dr Eric Bradfield is available at the following service: