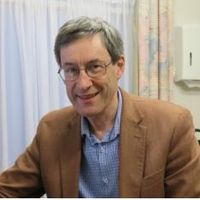 Mark has been in general practice in Dunedin North for over 30 years. He is known for his dubious sense of humour which is fortunately often forgiven by his patients, especially the elderly in which he has a special interest and fondness.He has stayed with Dunedin North Medical Centre from its inception into its current vigorous and expanding form as a modern medical centre. As well as special interests in minor surgery, aged care, and care of chronic medical conditions, he particularly enjoys the privilege of providing long term medical care to families across several generations. He is a regular medical attendant at several rest homes in North Dunedin and has active roles in professional medical associations.

Mark has undertaken additional training in Australia and New Zealand on the diagnosis and surgical management of skin cancers, and this is a regular part of his general practice work.

For relaxation he enjoys music, gardening and watching his grandchildren learn about the world. Particular musical highlights have been passing his piano performance diploma (DipABRSM) at the age of 58, and his 60th birthday concert at Opoho Church featuring his three adult children and friends, along with his own contributions of Gershwin and Brahms.

Dr Mark Bevin is available at the following service: