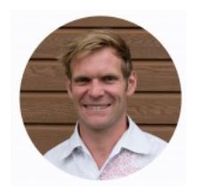 I was born and raised in Christchurch and obtained my medical degree at Auckland University. I then trained in bobsled and represented New Zealand at the 2002 Winter Olympic Games in Salt Lake City where I met my wife – a two-time Olympian in luge. I practiced medicine in Canada, Australia and around New Zealand before settling in my own practice in Christchurch for ten years.

I have a broad interest in all aspects of General Practice, but particularly in evidence-based Natural Medicine. I sub-specialise in fatigue disorders, minor surgery, relationships, working with athletes and injuries. I also have a keen interest in the science behind nutrient dense food. I am an elected fellow of the Royal New Zealand College of General Practitioners.

I have been a regular visitor to Wanaka since I was a boy and moved here with my family in 2013. I love spending time with my wife, hence we have five children!

Dr Mark Edmond is available at the following service: