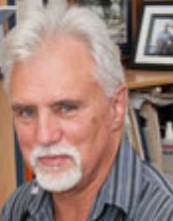 Neil has been in General Practice in Tauranga since December 1981. He has a longstanding interest in sports and musculoskeletal medicine. This has seen Neil involved in team doctoring for Tauranga Sports Rugby, and occasionally for the BOP rugby team, over the last 18 years. Current secretary of the BOP Division of NZMA, Neil was a GP Registrar trainer for the Royal New Zealand College of General Practice in early/mid 1990s and has been a Fellow of the College since 1998. Neil was President of the Rotary Club of Tauranga Sunrise for the 2002/03 year. Neil has been involved in marathon clinics, recreational triathlons and touch rugby in the past and is now slowly improving his golf handicap.

Dr Neil Matson is available at the following service: