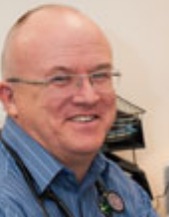 Peter has been working as a General Practitioner in the Bay of Plenty since the mid 1980’s. Having previously been a solo GP for many years, he has been part of the team at CentralMed since September 2012 which he has found to be a new and challenging experience. He finds the “one stop shop” set-up at CentralMed with services such as x-ray and Pathlab all on site, very helpful in providing timely and effective patient care. He cannot lay claim to any particular sporting prowess, however he is keen on the arts in general along with having a go at growing the occasional avocado.

Dr Peter Tomkins is available at the following service: