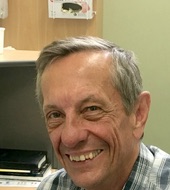 Dr Richard Roberts was born in South Africa and studied in Cape Town. He emigrated to NZ in 1990 and initially worked at Kaitaia Hospital as a Physician Anaesthetist for two years. Richard then moved to Hamilton in 1992 and worked as a GP in his own practice from 1992 to 2016, after which he moved to Mount Maunganui and has been living here since July 2016. Richard is married with 3 daughters, 6 grandchildren and 2 small dogs [Lowchens]. He loves to walk his dogs daily along the beach, weather permitting. In his spare time Richard can be found playing the Irish drum [Bodhran] and his wife plays the Irish whistle and flute. Other hobbies include attempting to paint a little and helping his wife with her Japanese poetry. [Which she is very good at, with many publications]. Other interests are travel and travel!!!

Dr Richard Roberts is available at the following service: