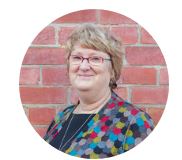 Sharleen grew up in Dunedin and attended Otago Medical School, graduating in 1979. She completed two years as a house surgeon at Southland Hospital, undertaking a Diploma in Obstetrics and General Practice specialist training in 1982.

After travelling to Asia and Europe, and working for a year as a psychiatric senior house officer in England, she returned to New Zealand in 1985 to work as a paediatric registrar for six months in Rotorua. She joined the team at MHC in 1986, where she indulges her passion for travel medicine.

Dr Sharleen Johnston is available at the following service: