There are several different types of eczema but all have a number of common symptoms, the main feature being red, inflamed, itchy skin.  The skin can be covered with small, fluid-filled blisters that might ooze and form a scale or crust.
Constant scratching can eventually lead to thickening and hardening of the skin.
The several types of eczema are caused by a number of different things, such as  irritant contact and allergies, or from unknown causes.  Determining the cause can be very difficult.
Atopic eczema
This is the most common form of eczema.  It often occurs in the first few months after birth and is a chronic condition (may last for many years). Atopic eczema is often associated with hay fever and asthma, and has a tendency to run in families.  It is also known to disappear with age.
Emotional stress, changes in climate or diet or certain fibers  in clothing (especially wool) can be triggers for atopic eczema or can worsen the existing condition.
Generally the eczema occurs in areas where the skin folds in upon itself, such as behind the knees, inside the elbows, the neck and eyelids.  It is more likely to occur in winter.
With uncontrolled itching the skin can become grazed and weepy and is a potential area for a secondary bacterial infection.  As this is more common in young children, it is important to control scratching.
There are no specific tests to diagnose atopic eczema, but a visit to the doctor is an important step. The diagnosis can be made once the rash has been viewed, based on its typical pattern and also whether an atopic tendency (i.e. eczema, hay fever or asthma) runs in the family.
Symptoms are:
Treatment
There is no cure, but the following actions can help control the symptoms:
Seborrhoeic dermatitis
This is an inflammation of the upper layers of the skin, which gradually results in dry or greasy scaling of the affected area. This type of dermatitis tends to be chronic and recurrent.  It occurs in both infants and adults and tends to run in families. In infants, this condition is known as ‘cradle cap’ when it occurs on the scalp, but can also affect the nappy area to cause ‘nappy eczema’. In adults, the rash tends to occur around the nose, eyebrows and scalp.
Treatment
Infants: wash the scalp with mild shampoo. Oil can be applied to help comb scale out.
Adults: regular use of an anti-dandruff shampoo is often all that is needed.
Corticosteriods can also be applied, only 1% strength to the face.  Ketoconazole 1% shampoo and cream are very effective.
Contact dermatitis
Contact dermatitis is inflammation of the skin caused by contact with a specific substance.  This happens because of irritation or by an allergic reaction.
Substances that can trigger this inflammation can include cosmetics, soaps, detergents, rubber, nickel (in jewellery) or specific chemicals used in skin creams or from plants.
With an allergic reaction, it is not the first exposure that causes a reaction but may be the next exposure or, in some cases, it is possible to have contact with a substance for a number of years without any skin inflammation occurring.  But once the skin has become sensitive, even a tiny amount of that substance can cause a reaction.
Usually contact dermatitis affects only the area that has been in contact with the trigger or irritant (item that has caused the reaction).
Symptoms can vary from a mild rash to a severe rash and blisters, with subsequent scaling and itching. The severity depends on the concentration of the irritant and how long the skin was exposed to it.  Once the irritant is taken away, the redness and rash usually disappear over a few days.
Treatment
A dermatologist can perform patch testing to find out which substances are causing the allergic reaction.  This is done by placing small discs (with possible allergen-causing substance on them) on the skin and removing them after 48 hours for examination.  The patches are then examined again 2 days later, to check for delayed reactions. Once the trigger has been identified, it is important to avoid it as continued exposure may cause a persistent rash, which will be difficult to treat.
Treatment involves the use of steroid creams to decrease the symptoms of the reaction. With severe contact dermatitis, oral steroids or a steroid injection may be given.
Nummular Eczema
This is also known as discoid eczema.  This form of eczema is more common in older males, is associated with existing dry skin and is most common in the winter season. The cause is unknown. It is characterised by an itchy rash that forms in coin-shaped spots, sometimes with associated small blisters, scabs, scales and thickened skin on the forearms and elbows, the backs of hands, tops of legs and the feet.
Nummular eczema can be confused with a fungal infection but diagnosis can be made from a skin biopsy (removing a small piece of skin for examination under a microscope).
Treatment is usually with moisturisers, steroid creams and sometimes antihistamines, if required.
Asteatotic eczema
This is generally common in the elderly and is mainly caused by the dryness of the skin that accompanies older age.  It is characterised by a scaly itching rash that can often be cracked and have a pattern to it.
Dyshidrotic eczema
This type of eczema is characterised by thickening of the skin accompanied by large numbers of blisters that tend to ooze. It usually affects the fingers, palms and soles of the feet. The cause is unknown. 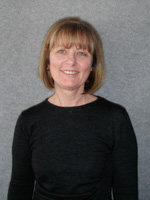