Shingles is caused by a virus called herpes zoster, this is the same virus that causes chickenpox.  After the virus has caused chicken pox it remains dormant (inactive) in the nerve cells, but can then be reactivated in later life to cause shingles.  It is not known why the virus is reactivated, but it often occurs in times of stress and illness.  Shingles is more common in the older age group or among people with decreased immunity.
Shingles is characterised by clusters of small fluid-filled blisters that erupt along a nerve path in a belt-like line, often on the stomach, chest or face.  This is a very painful condition and  tender to touch.  The rash dries out and slowly disappears over several weeks, occasionally leaving scars.  The pain from the area is slower to disappear and can last for months. The symptoms are: fever, chills, nausea, diarrhoea, and the appearance of tiny red spots that form into blisters then dry out over 3-5 days to form scabs.
Shingles itself cannot be caught from someone with shingles but chickenpox can be caught from someone with active shingles (active meaning before the rash has formed scabs).
As shingles can often be hard to diagnose it is important to visit your doctor early. A description of a band of pain will help the doctor to diagnose the condition. Once the rash appears, it is much easier to diagnose.
Treatment
Starting treatment early is important as this can reduce the severity of the illness and how long it lasts. Anti-viral drugs will be prescribed if the shingles is in its early stages but these are not useful if the rash has been present for a number of days.  At this stage treating the symptoms is all that can be done e.g.  medication for pain and applying cooling antiseptic gels/lotions. Avoid secondary bacterial infections by keeping the rash clean and dry and get lots of rest. Avoid children/adults who have not had chickenpox. 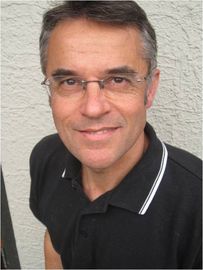