When the growth of one of the tiny bones in your middle ear, the stapes, changes from hard to soft and spongy, it leads to the condition called otosclerosis. As this abnormal growth develops, the stapes becomes more rigid or fixed in position. The stapes needs to be able to vibrate to allow sound vibrations to pass through to the inner ear. When the stapes is not vibrating as well as it should, gradual hearing loss can occur. Otosclerosis may occur in one or both ears and may sometimes be associated with ringing/clicking/buzzing noises in your ear (tinnitus). The condition will be diagnosed by hearing tests and tympanometry. Otosclerosis most often develops during teenage and early adult years and it tends to run in families. The condition can become worse during pregnancy.

There are several different approaches to treating otosclerosis, one of the most common being a surgical procedure called stapedectomy. This is a microsurgical procedure (microscopic lenses are used to help the surgeon see the tiny structures involved) usually performed through the ear canal. A small cut (incision) is made in the ear canal near the eardrum and the eardrum is lifted, exposing the middle ear and its bones. Part of the stapes bone is removed and an artificial prosthesis inserted to help transmit sound into the inner ear. The eardrum is then folded back into position. The surgery can either be performed under general anaesthetic (you sleep through it) or local anaesthetic (the area treated is numbed) plus sedation (you are given medication to make you feel sleepy). You will be advised not to fly, blow your nose or allow any water to get into your ear for about six weeks after the operation. Other treatments include use of a hearing aid or taking sodium fluoride which helps harden the bone and can improve hearing in many patients with otosclerosis. 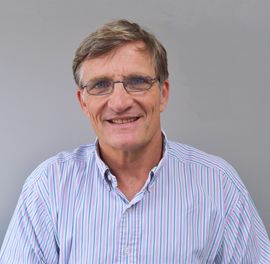