Ear, Nose and Throat Surgery (ENT) is also known as Otorhinolaryngology/ Head and Neck Surgery.  This area of medicine is concerned with disorders of the ear, nose, throat, the head and the neck.

David Mills graduated from the Auckland School of Medicine (MB.ChB) in 1981. He gained his Fellowship of the Royal Australasian College of Surgeons (FRACS) in Otorhinolaryngology in 1987. Over 1988/89 he was Head & Neck Fellow at the University of California, Davis, Medical Centre in Sacramento, California. Whilst at the Medical Centre he also gained experience in Facial Plastic Surgery. In 1989/90 he was Senior Registrar at Ninewells Hospital, Dundee, Scotland. There he attended courses in Endoscopic Sinus Surgery and on returning to New Zealand was one of the first to undertake this form of surgery.

A referral letter from your family doctor is preferred. 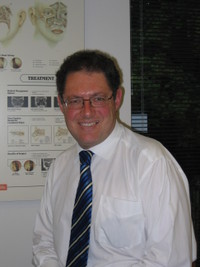 This page was last updated at 11:54AM on September 10, 2020. This information is reviewed and edited by Mr David A.J. Mills - Otolaryngologist/Head and Neck Surgeon.