Transoral Robotic Surgery (TORS) is a relatively new procedure to remove cancers from the throat, most commonly involving the tonsils or the base of tongue. TORS may also be used to remove cancers from other areas in the oropharynx (such as the soft palate and the posterior pharyngeal wall), as well as cancers in the hypopharynx (the lowest part of the throat) and in the larynx.

During TORS, a team of two Head & Neck Surgeons operate through the mouth with the assistance of a surgical robot to remove cancers from the throat. The surgical robot has three arms that are placed inside the mouth of the patient. One arm holds a special camera (an endoscope) to visualize the throat, while the other two arms hold the surgical instruments used to grasp and cut tissue. The three arms of the robot are controlled by one of the surgeons sitting at a separate console away from the patient. The second surgeon sits at the head of the patient near the three arms to assist with the surgery.

Using TORS, surgeons are able to access the throat to remove tumours that would otherwise require more involved and more invasive operations. 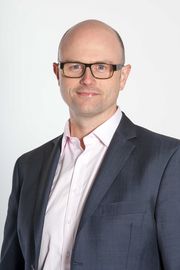