The thyroid gland is a small organ in the midline of the neck, just below the Adam's apple. It consists of a right and left lobe joined across the front of the trachea (windpipe) by a narrow bridge of thyroid tissue called the isthmus. The job of the thyroid gland is to make a hormone called thyroxine - the gland requires a small amount of iodine in the diet to produce thyroxine.

Thyroid surgery is performed under general anaesthesia through a horizontal incision low down in the front of the neck. The incision can vary in length depending on the size of the thyroid gland. Sometimes if thyroid cancer is involved lymph nodes also need to be removed and this operation is called a neck dissection.

There are several important structures near the thyroid gland that are at risk of injury during this type of surgery. Your surgeon will explain the risks of the operation to you. For more information please see www.thyroid.co.nz
Watch the Youtube video below of a right hemithyroidectomy.

A total thyroidectomy for removal of a compressive, multinodular goitre with retrosternal extension particularly on the right side. Performed by Dr John M Chaplin, Head and Neck, Endocrine and Reconstructive Surgeon, Auckland New Zealand. The procedure demonstrates the use of the Focus Harmonic Scalpel. Audio commentary by Dr Chaplin.

Dr John Chaplin, Auckland, New Zealand, demonstrates the use of the Focus Harmonic Scalpel Handpiece to perform a right thyroid lobectomy. As well as haemostasis the device can also be used as a dissecting tool which reduces instrument exchange and increases efficiency. 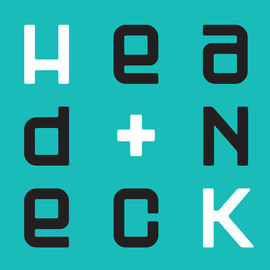