Ear, Nose and Throat Surgery (ENT) is also known as Otolaryngology, Head and Neck Surgery.  This area of medicine is concerned with disorders of the ear, nose, throat, the head and the neck.

ENT Surgeons (or otolaryngologists) are specialist doctors who deal with medical and surgical treatment of conditions of the ears, nose, throat and structures of the head and neck. 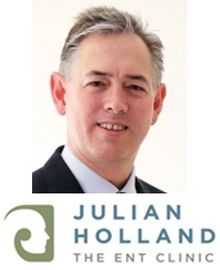 This page was last updated at 11:44AM on February 10, 2020. This information is reviewed and edited by Mr Julian Holland - Otolaryngologist.