Ear, Nose and Throat Surgery (ENT) is also known as Otorhinolaryngology, Head and Neck Surgery.  This area of medicine is concerned with disorders of the ear, nose, throat, the head and the neck.

ENT Surgeons (or otorhinolaryngologists) are specialist doctors who deal with medical and surgical treatment of conditions of the ears, nose, throat and structures of the head and neck.

Nic is a Southern Cross Affiliated Provider for consultations.

Nic is also a Southern Cross Affiliated Provider for the following procedures:

As a Southern Cross Affiliated Provider we will organise prior approval on your behalf which means you don’t have to pay for the procedure and then wait to be reimbursed. You don’t need to send in a claim form – we will manage the claims process directly with Southern Cross.

Free patient parking is provided in front of Lakeside Specialist Centre, and at my other clinics. 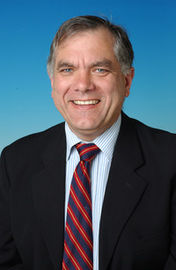 This page was last updated at 11:51AM on August 31, 2021. This information is reviewed and edited by Mr Nic Bodenstein - Adult & Child Otolaryngologist.