Ear, Nose and Throat Surgery (ENT) is also known as Otorhinolaryngology, Head and Neck Surgery.  This area of medicine is concerned with disorders of the ear, nose, throat, head and neck.

ENT Surgeons (or otorhinolaryngologists) are specialist doctors who deal with medical and surgical treatment of conditions of the ears, nose, throat and structures of the head and neck. ENT surgeons also look after diseases of salivary glands, thyroid diseases and voice disorders.

Consultation Hours are Fortnightly on Mondays, and Weekly on Thursdays and Fridays

Available throughout the week and weekends for acute services.

I usually get referrals from General Practitioners, however we also accept direct self-referrals - please phone 09-271 3344 to make an appointment or fax your request or referral letter to 09-271 3345.

Patients are not seen without prior arranged appointments.

There are different cafes around to enjoy a cup of coffee/tea. 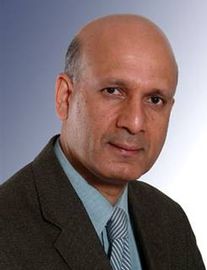 This page was last updated at 3:42PM on January 14, 2020. This information is reviewed and edited by Mr Zahoor Ahmad - Otolaryngologist/Head and Neck Surgeon.