There are two main types of IBD; ulcerative colitis and Crohn’s disease.  In these conditions, the immune system attacks the lining of the colon causing inflammation and ulceration, bleeding and diarrhoea.  In ulcerative colitis this only involves the large intestine, whereas in Crohn’s disease areas within the entire intestine can be involved.  Both diseases are chronic (long term) with symptoms coming (relapse) and going (remission) over a number of years.
Symptoms depend on what part of the intestine is involved but include:
Diagnosis is made when the symptoms, examination and blood tests suggest inflammatory bowel disease, infection is ruled out, and you undergo a colonoscopy with biopsy.
Treatment depends on the severity of the symptoms and what part of the intestine is affected.  Medication is aimed at suppressing the immune system, which is harming the lining of the bowel.  This is done via oral or intravenous medication as well as medication given as suppositories or an enema (via the bottom).  Other treatments include changes in the diet to optimise nutrition and health.  Treatment in some cases requires surgery to remove affected parts of the bowel.  For more information see http://crohnsandcolitis.org.nz/ 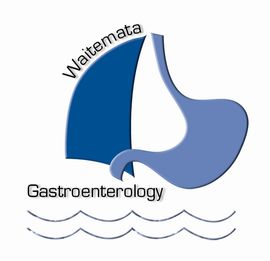