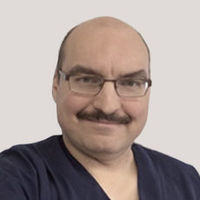 Jerzy joined The Vein Centre in February 2016 and since 2018 he has been the new clinical director of the Clinic.

For many years he has been successfully performing Endovenous Laser Ablations (EVLAs), Radiofrequency ablations (RFA), MOCAs, Venaseal (glue) and Ultrasound Guided Sclerotherapy in Wellington and Auckland. He is also skilled in microsclerotherapy for spider veins.

He became a member of ACP and has a Diploma of Procedural Phlebology.

Apart from vein problems, his other interest is community treatment of skin cancers, with the Diploma of Dermoscopy and Skin Cancer Surgery completed recently.

Dr Jerzy Nowacki is available at the following service: