Gary Stone graduated from Auckland University in 1979 and trained in Surgery in Wellington.

He was in Britain from 1988-1991, completing his post-fellowship training and specialising in endoscopic surgery.

Dr Stone is a Fellow of Royal Australasian College Surgeons and a Member of Association of General Surgeons.

Gary's primary place of work is Southern Cross Hospital in Wellington City, and he also has clinics in  Kapiti Coast  where he provides his Laparoscopic Surgery Ltd practice.

What is General Surgery?
The role of the General Surgeon varies, but in broad terms general surgery can be said to deal with a wide range of conditions within the abdomen, breast, neck, skin and, in many hospitals, vascular (blood vessel) system.
While the name would suggest that the focus of general surgery is to perform operations, often this is not the case. Many patients are referred to surgeons with conditions that do not need surgical procedures, but merely require counselling or medical treatment.
What is Laparoscopic Surgery?
Laparoscopic (or keyhole) surgical procedures are performed through several small cuts (incisions) usually only 5-10mm long, rather than through one large incision.
A long, narrow surgical telescope (laparoscope) that has a tiny camera and light source attached, is inserted through one of the incisions so that the surgeon can view the inside of the body on a TV monitor.
The surgeon then passes specially designed surgical instruments through the other incisions and carries out the procedure using the TV monitor to guide the instruments.

Endoscopy
Gastroscopy can usually be arranged the same day or next day.  Colonoscopy can be arranged within three days. Screening colonoscopy is advisable for those who have a family history of bowel cancer:

Colonoscopy is also the best screening test for bowel cancer and I recommend it for all, at age 50 -60, even without family history.

Routine consultation fee for new patients is usually $265 (incl GST). Additional charges are made if procedures are performed.

I belong to the Southern Cross affiliated provider scheme for endoscopy, hernia surgery and gallbladder surgery and will help to streamline the prior approval and claims processes for Southern Cross members. Please contact me for further assistance.

Southern Cross Hospital in Wellington has a contract to provide hernia surgery for ACC. The patient does not need to pay anything for the consultation or the surgery. Your GP will begin the process by completing an ACC form at the time of your consultation if you have experienced a sudden pain in the groin immediately following straining or lifting.

Hanson Street is located off John Street. From the Basin Reserve, drive down Adelaide Road towards the public hospital. Turn right at the first major intersection (where there is a fork in the road, but turn right into John Street rather than take either fork). Turn immediately left (ie at the first street on the left) and the Centre is 100 metres on the right.

There is offstreet car parking immediately outside the Southern Cross Specialist Centre at 90 Hanson Street. 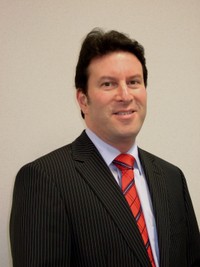 This page was last updated at 11:58AM on March 8, 2021. This information is reviewed and edited by Gary Stone - Laparoscopic Surgery - Wellington.