Gallstones and Cancers of the Liver, Gallbladder and Bile Ducts

The most common disorder of the gallbladder is pain caused by gallstones and their complications such as cholecystitis. Gallstones are formed if the gallbladder is not working properly and cause symptoms by preventing the gallbladder from functioning normally or by causing obstruction to the flow of bile. The standard treatment is to remove the gallbladder (cholecystectomy) and this procedure is usually performed using a laparoscopic (keyhole) approach.

Polyps of the gallbladder are also relatively common findings. These are small, wart-like growths affecting the gallbladder lining. They can cause symptoms by causing obstruction of bile flow or can rarely become cancerous. The standard treatment is to remove the gallbladder.

Cancer of the gallbladder is a rare but aggressive tumour that affects about 50 New Zealanders annually. Most commonly it develops in older women but it also affects males, particularly of Maori descent. This tumour can be successfully treated if diagnosed early. Generally treatment is with surgical removal of the gallbladder and adjacent liver.

Bile ducts are pipes that collect bile in the liver and carry it to the bowel where it can be utilised to digest food. Most commonly, disorders of the bile ducts manifest with jaundice (a yellow colouration of the eyes and skin, often associated with itch) due to obstruction of bile flow. Common causes of jaundice are the presence of gallstones within the bile ducts, benign narrowings (strictures of the bile ducts) due to scarring, or bile duct tumours (cholangiocarcinoma). Treatment of obstructing gallstones involves removal of the gallstones and gallbladder while treatment of strictures involves opening or bypassing the stricture.

Cholangiocarcinomas are challenging tumours to manage. However between one third and one half of patients with cholangiocarcinomas can be treated with surgical removal of the cancerous bile ducts and adjacent liver. The remaining patients can often be helped significantly with surgical and non-surgical measures to relieve jaundice and improve wellbeing.

The best way to establish what type of liver disease is present and the extent of the disease, is a biopsy. It is usually performed by inserting a needle into the liver through the skin and taking a small sample of liver tissue or by doing this with direct visualisation of the liver via a laparoscope (a small telescope inserted through the abdominal wall). Examination of the sample under the microscope can demonstrate what damage or what type of disease is present.
Hepatitis
This is inflammation of the liver, commonly caused by viruses.  Hepatitis B and C are viruses that can cause chronic (long term) inflammation with damage to the liver. Chronic infection with Hepatitis B and C can also result in the development of cancer of the liver (hepatocellular carcinoma or hepatoma). These viruses are passed from person to person through body fluids.  For more information about Hepatitis B and C see www.hepfoundation.org.nz
Alcohol can also affect the liver and cause inflammation which, if long term, can damage the liver permanently.
Cirrhosis
Cirrhosis is the term used to describe a diseased liver that has been badly scarred, usually due to many years of injury. Many people who have developed cirrhosis have no symptoms or have only fatigue, which is very common. However, as the cirrhosis progresses, symptoms often develop as the liver is no longer able to perform its normal functions.
Symptoms include:
Cirrhosis is diagnosed using a number of tests including: blood tests, ultrasound scans and a biopsy of the liver. Treatment options depend on the severity of damage to the liver and include dietary changes and avoidance of substances such as alcohol that can further damage the liver.
Liver Tumours
Benign tumours or growths in the liver are relatively common particularly in premenopausal women. These growths may often be incidental findings on investigations undertaken for abdominal pain. Some conditions such as hemangiomas (collections of blood vessels) and focal nodular hyperplasia (a non-cancerous growth of liver tissue and scar tissue) only rarely require treatment, while others such as adenomas (a benign liver tumour which can rupture or become cancerous) can be treated with surgical removal. Similarly, liver cysts can also be treated with removal or drainage - usually via a laparoscopic approach as a daystay or overnight procedure.
Cancer of the liver is a common condition. Cancer can develop primarily in the liver (hepatocellular carcinoma or hepatoma) when it has been damaged by alcohol or chronic hepatitis. These cancers can be managed with a number of techniques including surgical resection, liver transplantation, embolisation (blocking the artery supplying the tumour) or radiofrequency ablation (killing the tumour in the liver with heat).
However most cancers of the liver are secondary cancers and spread to the liver from another site. Most commonly bowel cancers (colorectal cancer and neuroendocrine cancers such as carcinoid tumour) spread to the liver. These cancers can also be managed with a number of techniques including surgical resection, embolisation (blocking the artery supplying the tumour) or radiofrequency ablation (killing the tumour in the liver with heat). Overall, at least one third of patients with these tumours can be cured with surgical removal and this cure rate can increase to nearly 50% when surgery is combined with other treatments such as chemotherapy.
Less commonly other tumours such as sarcomas, melanomas, kidney tumours, bladder tumours, uterine and ovarian cancers can spread to the liver. In some cases these cancers can be successfully treated with surgical removal in addition to other therapies such as chemotherapy. 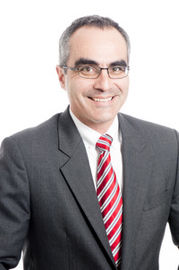