Most of my patients receive laparoscopic repair unless contraindicated. I have extensive experience in the laparoscopic approach.

A hernia occurs when part of the abdominal contents contained in its lining (sac) pushes through a muscular defect.

For a long time hernia have been repaired by an open technique involving a long incision, approximately 10cms, over the hernia in the groin.  This incision extends through the muscle layer, and the sac of the hernia is mobilised, is removed or reduced and then the muscular defect is closed and reinforced with a nylon mesh attached to the outer aspect of the defect.

The laparoscopic technique avoids a large skin incision and the muscular cut as well as apposing the defect under some tension.  In this way post-operative pain is less and one can return to heavy activity and work earlier than with the open technique.  The operation is done within the space between the muscle and the inner most lining of the abdominal wall which is created by placing a special small insufflating balloon through a small incision just below the umbilicus.  A special camera (laparoscope) is placed in this space.  Two small incisions (5 mms) are made below the umbilicus to allow the passage of long instruments into the space created by the balloon.  Once the hernia is dissected, a polyester or polypropylene mesh is placed behind the defect and fixed in place.  The mesh is held very firmly by the special self-gripping mesh or screws.  An early return to full activity is permissible without fear of inducing hernia recurrence.  This is usually achieved within seven days following surgery.

Laparoscopic surgery is certainly more demanding that the traditional open approach but provided attention is applied to detail, damage to the intestine or major blood vessels should not occur.  Although foreign material (mesh) is left in the body, problems with infection around this have not been described.  Bowel obstruction has been described following the earlier method of laparoscopic hernia repair but the risk of this is considerably reduced when using the technique described above.

The laparoscopic approach is particularly useful when repairing hernias on both sides as well in recurrent hernia.

ACTIVITY:  Following your laparoscopic hernia repair there really are no activity restrictions but have to be sensible in what sort of activities you take part in. Your body is going dictate as to how much can or can't do. The average time to full activities is between 1 - 2 weeks after surgery.

DISCOMFORT:  There is usually a little pain in the groin, small wounds or in the testicle on the side of the repair.  This usually only lasts around 24-48 hours and usually settles very quickly. The testicular discomfort may remain for a few weeks.

BRUISING: Is common but do not be alarmed and it will certainly fade within one to two weeks.  Sometimes swelling in the groin may occur on the same side as the hernia.  This usually represents fluid on the outside of the repair and this fluid is absorbed slowly over the next two to three weeks.

ANALGESIA: Panadol (Paracetamol) is usually needed and is often sufficient.

WOUND CARE: You will have small dressings over the small wounds allowing showering to occur immediately following surgery.  I would suggest that you remove these after four days but leave the steristrips to fall out by itself.

POST OPERATIVE APPOINTMENT:  Your clinic appointment is usually within two weeks from your surgery. 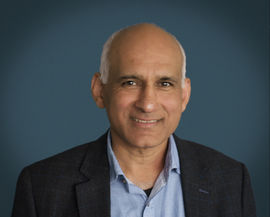