Sanket Srinivasa is a general surgeon specialising in Upper GI and Liver/Pancreas/Biliary Surgery with specialist expertise in minimally invasive (laparoscopic/robotic) surgery. He is New Zealand's only hepatobiliary (HPB) surgeon with formal robotic training and offers Robotic/ Laparoscopic HPB Surgery in conjunction with his colleagues at Harbour Surgery Centre. Sanket offers urgent appointments (within 24 hours) if requested and can offer surgery semi-acutely when appropriate (e.g. urgent cholecystectomy).

Sanket consults from three locations in Auckland (see on the left) and his surgery is perfomed at Southern Cross North Harbour and at Franklin Hospital in Pukekohe.

Sanket also works as a consultant surgeon at North Shore Hospital and is a Senior Lecturer in Surgery at the University of Auckland.

What is General Surgery?
The role of the general surgeon varies, but in broad terms general surgery can be said to deal with a wide range of conditions within the abdomen, breast, neck, skin and, in some cases, vascular (blood vessel) system.
While the name would suggest that the focus of general surgery is to perform operations, often this is not the case. Many patients are referred to surgeons with conditions that do not need surgical procedures, but merely require counselling or medical treatment.
What is an HPB/Upper GI Surgeon?
HPB stands for 'Hepatopancreaticobiliary' and encompasses diseases of the liver (hepato), pancreas (pancreatico) and biliary system. Upper GI (Gastrointestinal) refers to the oesophagus, stomach and small intestine. An HPB/ Upper GI surgeon specialises in the treatment of these diseases (e.g. gallstones, pancreas cancer, liver cancer, reflux etc). HPB/Upper GI is a subspecialty area of General Surgery and this training is usually acquired over several years after completing specialist training as a General Surgeon. In Sanket's case, this training was acquired by working in New Zealand, UK and USA.

What is Laparoscopic Surgery?
Laparoscopic (or keyhole) surgical procedures are performed through several small cuts (incisions) usually only 5-10mm long, rather than through one large incision.

A long, narrow surgical telescope (laparoscope) that has a tiny camera and light source attached, is inserted through one of the incisions so that the surgeon can view the inside of the body on a TV monitor.

The surgeon then passes specially designed surgical instruments through the other incisions and carries out the procedure using the TV monitor to guide the instruments.

What is Robotic Surgery?
Robotic surgery is advanced technology which builds upon the advantages of laparoscopic surgery and can allow complex operations (e.g. operations for pancreas or liver cancer) to be completed in a minimally invasive manner. This technology is commonplace overseas but not widely available in NZ yet. Dr Srinivasa is trained in the discipline of Robotic Surgery and will recommend it to patients when appropriate.

Please contact 09-4409930 for appointments or contact sunny@harboursurgery.co.nz. GP or specialist referral is usually required. Other pathways of referral are via SR for GPs or through EDI (harbasur)

Dr Srinivasa is a Southern Cross Affiliated Provider under the General Surgery category. He is also part of the NIB Network. He accepts all other major insurance plans and his rooms can provide charges and help organise pre-approval.

Please contact the main number during weekdays 8.30AM to 5.00PM for enquiries and appointments

For patients from out of town, Sanket's team will help organise accommodation. This is usually at Quest Takapuna which have rooms but also individual units with kitchenettes.

For other pharmacy options: Find your nearest pharmacy here 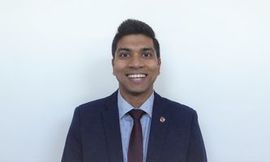 This page was last updated at 7:34PM on December 17, 2021. This information is reviewed and edited by Sanket (Sunny) Srinivasa – General & HPB/Upper GI Surgeon.