Haemorrhoids
Haemorrhoids are a condition where the veins under the lining of the anus are congested and enlarged. Less severe haemorrhoids can be managed with simple treatments such as injection or banding which can be performed in the clinic while larger ones will require surgery.

Haemorrhoid Removal
Haemorrhoidectomy: each haemorrhoid or pile is tied off and then cut away.

Stapled Haemorrhoidectomy: a circular stapling device is used to pull the haemorrhoid tissue back into its normal position.

Colectomy (Bowel Resection)
Laparoscopic: several small incisions (cuts) are made in the abdomen and a narrow tube with a tiny camera attached (laparoscope) is inserted. This allows the surgeon a view of the colon (also called bowel or large intestine) and, by inserting small surgical instruments through the other cuts, part or all of the colon can be removed. The two healthy ends of the colon are stitched back together (resected).

Open: an abdominal incision is made and part or all of the colon is removed.

Colostomy
An opening is made in the skin of the abdomen (stomach) to allow drainage of stools (faeces) from the colon into a collection bag on the outside. This may be temporary to allow time for healing of the colon or, if the entire colon has been removed, it may be permanent.

Rectal Resection
Laparoscopic: several small incisions (cuts) are made in the abdomen (stomach) and a narrow tube with a tiny camera attached (laparoscope) is inserted. This allows the surgeon to view the rectum and, by inserting small surgical instruments through the other cuts, part or all of the rectum can be removed.

Open: an abdominal incision is made and part or all of the rectum removed.

Colorectal Cancer
This is cancer that begins in your colon or rectum. Often, it may start as a polyp which is a growth of abnormal tissue on the lining of the colon or rectum.

Most people will not have symptoms of colorectal cancer until the disease is at a fairly advanced stage. Then they may experience symptoms such as:

Tests used to confirm a diagnosis of colorectal cancer include:

Stool blood tests, sigmoidoscopy, colonoscopy and barium enemas are also used as screening tests to look for colorectal cancer in people without symptoms. If these tests find cancers at an early stage, the chances of successful treatment are much higher than when the cancers are further advanced. Screening tests can also involve the removal of polyps that may become cancerous in the future.

Treatment
The choice of treatment depends on your overall health as well as how far advanced the cancer is. This is determined in a process known as ‘staging’ in which the tumour size, lymph node involvement and spread to other organs is assessed.

The three main forms of treatment for colorectal cancer are:

Surgery – the most common treatment. Surgery may involve ‘Open Surgery’ in which a large incision (cut) is made in your abdomen or ‘Laparoscopic Surgery’ in which several much smaller incisions are made. The section of the colon or rectum with the cancer is removed and the two ends are reconnected. In some cases, a temporary or permanent colostomy may be required to remove body wastes.

Chemotherapy – anticancer medicines, either taken by mouth (oral) or injected into a vein (intravenous), can destroy cancer cells and slow tumour growth. Chemotherapy is useful to treat cancers that have spread to other parts of the body and may also be used before or after surgery or in combination with radiation therapy.

Radiation Therapy – high energy x-rays are used to destroy cancer cells or shrink tumours. It is often used together with surgery, in some cases to shrink the tumour before surgery, or to destroy any cells that may be left behind after surgery. 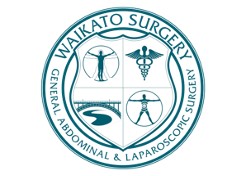