Schizophrenia is a serious mental disorder that affects about 1% of the general population. It is a complex illness characterised by ‘psychosis’, a word used to describe disorder of thoughts (e.g. delusions - false beliefs held in spite of evidence that they are not real), perceptions (e.g. hallucinations - seeing, hearing or feeling things which are not there), disorganised speech and grossly disorganised behaviour, which are not experienced by others and which are not seen as abnormal by the sufferer. These four symptoms are often referred to as the ‘Positive Symptoms’ of schizophrenia because they are the result of the disease process.
The fifth group of symptoms: withdrawal, decreased ability to feel pleasure, lack of energy, and flat affect, are referred to as ‘Negative Symptoms’ because they represent a loss of normal functions.
Schizophrenia affects different people in different ways. Some people may experience only a few short episodes and then fully recover.  For others it lasts throughout their lives and needs to be treated like any other physical illness such as asthma or diabetes.
It is important that schizophrenia is treated as soon as it is diagnosed by a psychiatrist to prevent long-term disability and loss of function.
Treatment
Schizophrenia may be treated using a number of different approaches: 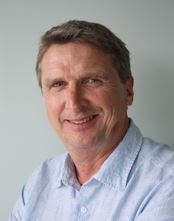