A subdural haematoma is a collection of blood that forms beneath the outer protective covering of the brain, the dura mater. It is usually caused by tiny blood vessels becoming torn as the result of serious head trauma such as a fall, blow to the head or car accident.
Symptoms include:
·        Headache
·        Speech problems
·        Vision problems
·        Seizures
·        Confusion
·        Weakness
·        Nausea and vomiting
With an acute haematoma, symptoms appear within 24 hours of the trauma while in the case of subacute or chronic haematomas symptoms take longer to appear.
If a haematoma is left to grow, it puts pressure on the brain which may lead to brain damage and possibly death.
Surgical treatment involves drilling a small hole in the skull, allowing the haematoma to drain and thus relieving the pressure on the brain. In the case of a larger haematoma, a hole may be cut in the skull (craniotomy) allowing the surgeon access to the brain to repair damaged vessels and remove the blood clot. 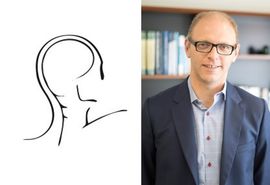