Dr Christina Tieu immigrated to New Zealand from Vietnam at a young age and has completed both her medical and specialist degrees in New Zealand. She is a Fellow of the Royal Australian and New Zealand College of Obstetricians and Gynaecologists (FRANZCOG).

Christina is currently a consultant at Middlemore Hospital and is an Honorary Senior Lecturer in Obstetrics and Gynaecology for the Auckland School of Medicine.

She is also a member of the Australian Society for Colposcopy and Cervical Pathology. Christina has furthered her qualifications by gaining a Diploma of Diagnostic Ultrasound in Obstetrics and Gynaecology in 2016.

Christina has been awarded the prestigious Young Gynaecologist Award at the Asia and Oceania Federation of Obstetrics and Gynaecology (AOFOG) congress.

She was recognised ahead of her peers in 23 other countries for her leadership qualities, research and high standard of practice. She is passionate about excellence in Women’s Health.

Christina is multilingual and speaks Mandarin, Cantonese and Vietnamese. Her areas of interests are general gynaecology, operative hysteroscopy, laparoscopy and colposcopy. 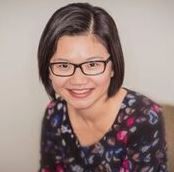 This page was last updated at 11:06AM on December 7, 2020. This information is reviewed and edited by Christina Tieu - Gynaecologist.