My practice specialises in reproductive medicine for men and women.
This includes:

Referrals may be from a General Practitioner, LMC, Midwife or self referral.

If previous investigations and details are forwarded prior to the appointment then preparation is made easier and some information may be available upon arrival or can be forwarded by mail or electronically.

Infertility appointments are best managed with both partners present and both partners' results of previous investigations if available.

Information for men considering reversal of vasectomy can be emailed upon request. 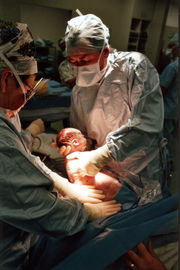 This page was last updated at 11:46AM on December 21, 2020. This information is reviewed and edited by Mr Greg Phillipson - Fertility Specialist; Obstetrician & Gynaecologist.