Peter Misur was born and raised on the North Shore of Auckland. He graduated from the University of Auckland with distinction in 2004 and began his formal surgical training in 2005. He became a fellow of the Royal Australasian College of Surgeons in 2012 before completing further subspecialist training in complex trauma, joint replacement and sports surgery.
Peter Misur now works as a consultant orthopaedic surgeon at North Shore Hospital as well as maintaining a private practice. He specialises in hip and knee surgery as well as general orthopaedic trauma. Peter is a member of the New Zealand Orthopaedic Association and the Royal Australasian College of Surgeons. He is active in the training of medical students and junior doctors. He also works in the development of new orthopaedic implants.
Peter Misur consults privately at the Shakespeare Orthopaedic Institute in Milford. He has a satellite clinic at 131 Lincoln Road, Henderson (TRG Imaging.)
What is Orthopaedics?
This is an area that deals with conditions of the musculo-skeletal system (disorders of bones and joints of the limbs and spine). The speciality covers a range of different types of conditions starting with congenital (conditions which children are born with) through to degenerative (conditions relating to the wearing out of joints). The field of orthopaedics also covers trauma where bones are broken or injuries are sustained to limbs.

You need to bring with you to your appointment: 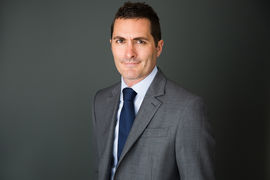 This page was last updated at 10:41AM on September 8, 2021. This information is reviewed and edited by Mr Peter Misur - North Shore Hip, Knee & Orthopaedic Trauma Surgeon.