Susan Brooks is an Auckland University graduate and did her specialist training at Auckland Hospital. After gaining her FRANZCR in 2003, she did research fellowships at Mt Vernon Cancer Centre and University College Hospitals in London, United Kingdom. Clinical commitments during that period were focused on managing gynaecological, breast, genitourinary, neurological and haematological malignancies.
Susan is currently a consultant at Auckland City Hospital and Auckland Radiation Oncology where she manages general oncological issues with subspecialty interests in breast, gynaecological and gastrointestinal radiation oncology. She is the Breast Tumour Lead at the Auckland Radiation Oncology Department and has been an active member of the professional groups involved in developing national guidelines for the management of both breast and gynaecological cancers. Dr Brooks is active in the field of cancer research and has a number of international peer-reviewed publications.

Susan is an active member of the following professional associations:

Fellow of the Faculty of Radiation Oncology, Royal Australia and New Zealand College of Radiologists (RANZCR)

What is Oncology?
Oncology is the area of medicine involving cancer.  An oncologist is a doctor specialising in the treatment of cancer either with chemotherapy (medical oncologist) or radiation (radiation oncologist).  Other doctors are involved in the treatment of cancer such as surgeons, palliative care specialists (doctors who specialise in the treatment of symptoms from cancer that cannot be cured) and general physicians (who often are involved in the diagnosis of cancer).  If you have cancer you are likely to be referred to some of these doctors depending on the type of treatment that is advised. Oncology services often work alongside hospices and the Cancer Society www.cancernz.org.nz who provide support to people with the diagnosis of cancer.
What is Cancer?
Everyone’s body is made up of millions of cells, which normally grow, divide and are renewed in a balanced or programmed way. Sometimes this process is disrupted and the cells grow in an uncontrolled way – a solid group of these cells is called a tumour. Another word commonly used for tumour is growth and it can mean the same thing.
A tumour/growth can be benign (grows but will not spread into different parts of the body) or malignant (spreads into different parts of the body as well as grows locally). Tumours spread by cells travelling through the lymphatic system (the body’s cleaning system) to lymph nodes (often known as glands) or through blood to other organs in the body. These cells can then multiply.  If this happens the cancer is called metastatic.
Cancer isn't contagious, so you can go on being close to family and friends.

You will likely be referred by your surgeon, specialist physician or your GP to a radiation oncologist. When you come to your appointment, your oncologist will ask questions about your illness and examine you to confirm the diagnosis and/or determine the extent of disease. This process may also require a number of tests (e.g. blood tests, x-rays, scans etc).

Once your oncologist has all the relevant information regarding your illness they will discuss the potential role for radiation in your management. If radiotherapy is advised, the steps involved in the radiotherapy process and the likely outcome and side effects are usually discussed with you at this time. Sometimes it is necessary to involve other members of the Oncology Team (medical oncologist, Palliative Care Team members etc) in your care and the relevant referrals will be discussed and made.

We recommend the Auckland Transport website to plan your public transport options.

This website will provide you with information on the public transport available in your area as well as prices, timetables and a journey planner.

There is parking available on site. 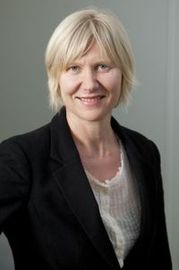 This page was last updated at 12:03PM on October 3, 2021. This information is reviewed and edited by Dr Susan Brooks - Radiation Oncologist.