Dr Adrian Harrison has been a respiratory physician at Auckland DHB since 1979 and in private since 1989.

He welcomes referrals and enquiries for patients with conditions across the respiratory spectrum and has a particular interest in the areas of troublesome cough, bronchiectasis, and mycobacterial lung disease. He gives priority to the rapid investigation of possible lung cancer. He is interested in smoking cessation and general motivation. He also provides a rapid, expert service for Immigration Medicals: here, prompt letters and good communication are especially important.

There are many causes of a persistent, troublesome cough, and Adrian is an expert in diagnosing and treating them. The medical literature shows that some coughs cannot be fixed - but they are the exception.

Adrian's recommendation: if you have a troublesome cough despite seeing another expert, don't give up. Stopping you coughing is my mission!

You may be interested to know that Adrian is also a life coach, a published author and speaker in the area of personal development, including Doctors' Wellbeing.

As we breathe in, the alveoli expand and fresh air rushes down the breathing tubes. Oxygen passes through the walls of the air sacs into blood vessels, where it attaches to haemoglobin in red blood cells. Oxygen is thus transported around the body in the blood, and diffuses out to supply the various bodily tissues. The opposite happens to carbon dioxide. Carbon dioxide formed in body tissues becomes dissolved in the blood and travels to the lungs. Here, carbon dioxide diffuses out of the bloodstream, passing through the walls of the air sacs into the alveolar spaces. From there it is exhaled through the breathing tubes as we breathe out.

In summary, the heart pumps blood through the lungs. Here oxygen enters the bloodstream and carbon dioxide from the tissues leaves the bloodstream. The lungs and the heart work as a team, managing both the gases involved in cellular metabolism, keeping the cells of the body alive.
The Pleura and the Pleural Space
The lungs fit exactly inside the thoracic cage, or chest. The lungs are surrounded by a 'skin' called the pleura. The inside of the chest wall also has a layer of pleura. The pleural space between these two layers is a potential space, containing a small negative pressure and a small amount of fluid which enables the lung surface to slide smoothly over the inside of the chest wall as we breathe in and out.
Finally, let's not forget the upper respiratory tract:
The Upper Respiratory Tract
This comprises the nose, mouth, sinuses, throat and vocal cords.
COMMON RESPIRATORY SYMPTOMS
Symptoms can originate at almost any level of the respiratory tract.

Please be sure to bring to your appointment:

Café 98 is close to our rooms and to MercyAscot Hospital itself. There is a good selection of food (which is always fresh), tea, coffee and soft drinks. The prices are very reasonable and the café looks out onto a very pleasant garden setting.

How to find Medical Specialists Group

There are several signs showing lists of specialists. If you are in doubt, please ask one of the staff at the centre, or phone our receptionist (09 623 1170).

If you need a wheelchair to get from your car to the rooms, please call our receptionist and we can make sure one is available. There is a disabled car park outside the left-hand entrance – the entrance near the lift.

Patient Parking is provided. Please use the Gate 3 entrance.

The nearest pharmacy is located within Mercy Hospital. Click here for details 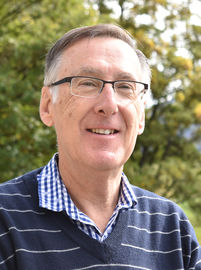 This page was last updated at 11:33AM on August 2, 2021. This information is reviewed and edited by Adrian Harrison - Respiratory Physician.