Dr Jai-deep Sood trained as respiratory (chest) specialist in Auckland. He  works as a full time Consultant Respiratory Physician at North Shore and Waitakere hospitals. He provides a private consultation service at Waitemata Specialist Centre, 13-15 Shea Terrace, Takapuna and at Henderson Medical Centre, 2 Montel Avenue, Henderson.
Qualifications:
MBBS, MD, FRNZCGP, FRACP
Membership:
Thoracic Society of Australia and New Zealand (TSANZ)
European Respiratory Society (ERS)
American College of Chest Physicians (ACCP)
Australasian Sleep Association (ASA)
Dr Sood is happy to accept referrals in all aspects of respiratory medicine including:
What is Respiratory Medicine?
Respiratory medicine is the branch of medicine that treats people with diseases affecting the lungs and breathing.
The role of our lungs is to deliver oxygen into our bloodstream and remove carbon dioxide.  When you breathe in, air passes through the throat into the windpipe (trachea). The base of the windpipe divides into the right and left tubes (bronchi) which divide again and again each time getting smaller and smaller until the smallest airways called the alveoli are reached. The alveoli act like balloons i.e. when you breathe in they inflate and when you breathe out they relax.
Oxygen moves across the walls of the alveoli and enters the bloodstream and is carried to the rest of the body after passing through the heart. Carbon dioxide is passed from the blood into the alveoli and is breathed out of the lungs.
Common symptoms or signs of lung disease include: shortness of breath, wheezing, long-term cough, coughing up blood, and having chest pains.

Your GP will refer you to us if they are concerned about your lungs or breathing and require a specialist opinion.

Recommendations and options regarding your diagnosis and treatment plan will be discussed with you and a letter will be sent to your GP.

You need to bring to your appointment:
1. Any letters or reports from your doctor or another hospital
2. Any X-rays, CT (computer tomography) or MRI (magnetic resonance imaging) films or CD disk and reports.
3. A list of all medicines you are currently taking, including herbal and natural remedies.

What to bring to an immigration appointment:

If you have any change in your condition before you come to your appointment, please see your GP immediately. 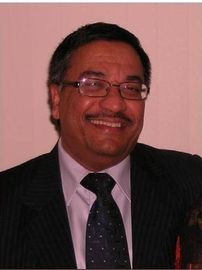 This page was last updated at 10:57AM on April 12, 2021. This information is reviewed and edited by Dr Jai Sood: Respiratory Physician.