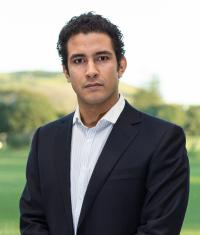 Dan has returned to Axis / Unisports after a two-year stint in Australia where he worked at Olympic Park Sports Medicine Centre and as team physician at Hawthorn Football Club, a role which culminated in an AFL (Australian Rules) Premiership in 2013.

Dan has previously worked with Counties Manukau and Chiefs rugby and as a tournament physician at the ASB Classic and Heineken Open. He has been an event physician for the World Rowing Championships, and ITU triathlon events both in NZ and overseas.

Dan has interests in the areas of hamstring injury, tendon injury, and cardiac screening of athletes. He has recently submitted a masters research portfolio on ECG screening of athletes and is also a reviewer for Heart journal in this field. He is also interested in physician-performed ultrasound and performs ultrasound-guided injections at our Merton Road site.

Dr Dan Exeter is available at the following service: