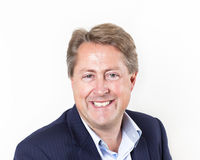 Graeme has been a radiologist at Counties Manukau DHB since 2000, with a special interest in MRI and Respiratory Radiology. He was Clinical Director of Radiology at CMDHB from 2004 to 2007 and is currently Head of MRI and Supervisor of Training at CMDHB. He has also been a radiologist with the Musculoskeletal Tumour Unit at CMDHB since 2000, and has recently been involved in the National Sarcoma tumour stream guidelines.

In 2007, Graeme spent time at the Royal Brompton Hospital in London, which fuelled an interest in PET scanning. He is an advocate for the use of PET in musculoskeletal conditions, especially sarcoma, and is a member of the Auckland PET Variance committee.

Graeme has been a radiologist at Ascot Radiology since 2007, currently splitting his time between MSK imaging and PET scanning.

Dr Graeme Anderson is available at the following services: