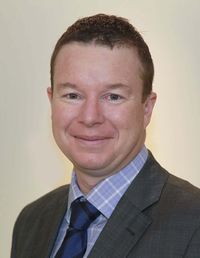 With extensive education and a career that has taken him far and wide Dr John Rawstron brings with him ideal experience and ongoing passion for the highest standards of work.

On top of a medical degree from the University of Otago, John completed Fellow of the Royal Australian and New Zealand College of Ophthalmologists membership exams in 2009.

He continued his professional development by undertaking dual-fellowship training in anterior segment, cataract and refractive surgery.

In 2012 John studied at Sydney University where he completed the world’s first formal qualification in refractive surgery.

Still in Australia, but many miles from Sydney, he applied his growing expertise to practicing as a corneal consultant at Royal Perth Hospital and as a refractive surgeon at the Western Australia Laser Eye Centre.

A year later he brought his skills home to New Zealand taking up multiple roles in Christchurch. John now holds surgical appointments at Christchurch Public Hospital, Christchurch Eye Surgery and Southern Cross Hospital. No matter where he works his commitment to the very best in patient results is second to none.

Dr John Rawstron is available at the following services: