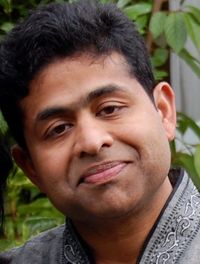 Naveen graduated from a prestigious medical school in South India in 1996. He completed his training in paediatrics and paediatric respiratory medicine from the UK, having trained in tertiary respiratory units in Newcastle upon Tyne, Birmingham, Stoke on Trent and Manchester. He also completed a two year clinical research fellowship in early CF lung disease at the Royal Children’s Hospital in Melbourne, Australia. He was awarded the Royal Children’s CF research fellowship and currently holds the Athlae Lyon Trust Starship Foundation research fellowship. He joined the Starship team in the year 2011. He is a respiratory consultant at Starship and also holds an honorary lecturer position at the University of Auckland.

Dr Pillarisetti consults at NZRSI one day per week by prior appointment. Referrals can come through GPs or paediatricians.

Naveen can be consulted for a variety of respiratory conditions including:

Dr Naveen Pillarisetti is available at the following services: