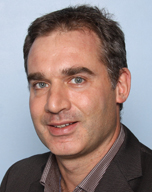 Paul Dawkins read undergraduate medicine at the University of Bristol (UK), including an intercalated first class honours degree in Microbiology. His higher training was in the West Midlands Deanery (UK). He has an MD higher research degree from the University of Bristol (UK) from research work on the development of genetic models for alpha-1-antitrypsin deficiency carried out at Brigham & Women’s Hospital, Boston (USA). He has a Masters in Medical Education from the University of Warwick (UK). He has Fellowship of the Royal College of Physicians of London (FRCP) and the Royal Australasian College of Physicians (FRACP). He has a number of published original articles, reviews and book chapters, and has delivered many presentations at international meetings.
Paul has been working as a consultant respiratory physician at Middlemore Hospital since October 2013. He was previously consultant respiratory physician and clinical director at Royal Wolverhampton Hospital in the UK for over 5 years.  At Middlemore he has responsibility for inpatients in respiratory and general medicine, as well as respiratory and sleep outpatient clinics. He performs bronchoscopies (including linear and radial endobronchial ultrasound).  He is clinical lead for lung cancer at Middlemore, chairs the Northern region lung cancer tumour stream, and sits on the national lung cancer working group.
He is principal and co-investigator for a number of commercial clinical trials at the hospital in respiratory medicine. He is an RACP educational supervisor for registrars in training. He regularly teaches medical students and has set up simulated medical emergency scenarios using high fidelity manikins.  He is an Honorary Senior Lecturer in Medicine at University of Auckland.

Dr Paul Dawkins is available at the following services: