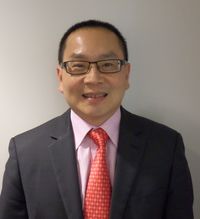 Peter is a first class honours graduate of the University of Queensland Medical School in Australia in 1994. He trained in Australia and New Zealand hospitals, gaining his specialist qualifications in 2003, then working as a consultant at Auckland Hospital. Between 2004 and 2008, he undertook a clinical research fellowship at the Royal Marsden Hospital in London in Phase I Oncology Drug Development, being an investigator in many trials. During this time he also worked in gynaecology, academic urology unit and the Prostate Cancer Drug Trials Unit. He spent 2 years in the laboratory doing post-graduate translational research on epigenetic targeted agents for biomarker validation at the CRUK Centre for Cancer Therapeutics, Institute of Cancer Research, University of London.

Peter is actively involved in the NZ Genitourinary Cancer Special Interest Group. He is an Honorary Academic at the Pharmacology Department, University of Auckland, continuing his interest in new cancer drugs development. He is a principal investigator in numerous clinical trials from Phase I to III. He has been published in major peer-reviewed journals.