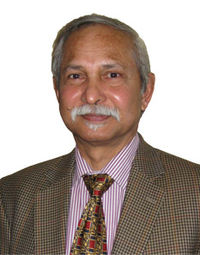 Rafiq Ali was born in Fiji and trained at the Fiji Medical School and Mysore Medical College (India). He qualified MBBS in 1973, did most of his post-graduate training in Auckland, New Zealand 1973-1978 and spent several sabbatical times in various hospitals in the UK and USA.

Rafiq came into part time private practice in Auckland in 1991 and full time private practice from 1997. He has very extensive experience of more than 20 years in all aspects of gastrointestinal, digestive, liver and pancreatic diseases. He is regarded as the most experienced and expert diagnostic and therapeutic endoscopist, with a special interest in ERCP and colonoscopy. Quality colonoscopy as part of colon cancer screening is of particular interest to Rafiq and he has an active role in procedural audit.

Dr Rafiq Ali is available at the following services: