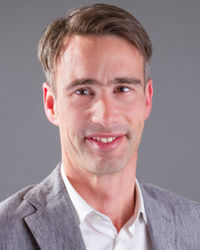 Dr. Reuben Broom is a Medical Oncologist at Auckland City Hospital and Canopy Cancer Care.  He is also an honorary senior clinical lecturer in oncology at the University of Auckland. He graduated from medical school, University of Auckland in 1999 and became a Fellow of the Royal Australasian College of Physicians in 2006. Between 2006 and 2008 he completed a clinical research fellowship at Princess Margaret Hospital, Toronto, Canada, focusing on breast and renal malignancies before returning to New Zealand.

Reuben is an active researcher in both breast and renal cancers. He is an investigator on multiple phase II and III clinical trials, including leading investigator-initiated phase II trials. He is also conducting translational research in these malignancies in collaboration with several Auckland-based laboratories.

Although Reuben is very much engaged with the biology of cancer and drug development, he prides himself on clear communication with patients and empowering them with the knowledge to make the decisions that are right for each individual.

Dr Reuben Broom is available at the following services: