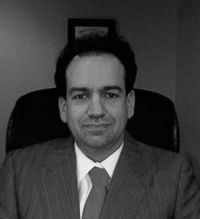 After graduating in Medicine in Brazil Dr Mendel moved to England to train in psychiatry at the prestigious Institute of Psychiatry, King’s College in London.
He then went on to train at the Department of Psychological Medicine, University of Otago, Dunedin before returning to Brazil where he attained the qualification of Specialist in Psychiatry by the Brazilian Psychiatric Association.
Following an invitation to work in Sydney, Australia, he took the opportunity to take on advanced training in Child & Adolescent Psychiatry and Old Age Psychiatry before moving to Melbourne where he worked as Consultation-Liaison Psychiatrist and General Adult Psychiatrist for four years before returning to New Zealand, the country he fell in love with.
More recently Dr Mendel completed a Clinical Transcranial Magnetic Certification Course at the prestigious Brain Stimulation Training program at MAPrc in Melbourne.
Dr Mendel is an elected International Fellow of the American Psychiatric Association, a member of the Global Clinical Practice Network of the World Health Organisation and is fluent in English, Portuguese and Spanish.

Dr Rui Mendel is available at the following service: