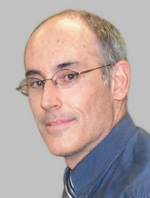 Since completing training at the Royal Free Hospital and surviving the pre registration year I first went to Aberdeen (very cold) to study for the MRCP, after achieving the exam in 1986 I moved to Glasgow (very wet) to train in Clinical Oncology I qualified in 1990 with the FRCR picking up an MSc in Medical and Clinical Oncology on the way.

I spent my Senior Registrar year in Christchurch Hospital (warm and dry) and was appointed Consultant in Oncology at Dunedin Hospital (warm and wet) in 1992. I was involved in developing and directing the National Stereotactic Radiosurgery Service. In 1996 I was elected to the Fellowship of the Royal college of Physicians of Glasgow .

In 2001 I was recruited to Ontario Canada as Medical Director for the new cancer centre In Grand River (bloody cold) which opened July 2003 a $56 million technological cathedral. to modern medicine and the use of gadgets in medicine. In 2002 I became fellow of the Canadian College .

I was re recruited to Dunedin in September 2003 to work in the Oncology Service, in December 2003 I was appointed Director of Medical Services for Healthcare Otago.

My principal interests include :

Dr Shaun Costello is available at the following service: