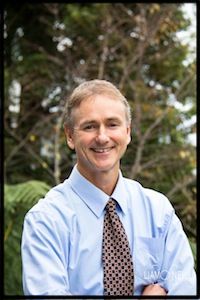 Since 2000 he has worked as a Consultant Orthopaedic Surgeon at Taranaki Base Hospital in New Plymouth.

In 2000 he also commenced working in Private Practice.

He undertakes ACC and Private surgery at the Southern Cross Hospital as well as small procedures which are carried out in his rooms at 64 Fulford Street, New Plymouth.

Qualified and registered Medical Practitioner.   Graduated from the University of Otago in 1990 with Bachelor of Medicine and Bachelor of Surgery degrees.
Fellowships:

January 1999 he became a Fellow of the Royal Australasian College of Surgeons (FRACS).

Completed two Post-Graduate Fellowships. One is in Hand and Micro Surgery at the Royal North Shore Hospital University of  Sydney, Australia.

The other is in Shoulder and Elbow Surgery at the Prince of Wales Hospital, Sydney, Australia.

Mr Andrew Glenny is available at the following services: