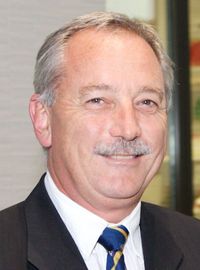 Dave Adams grew up in South Auckland and graduated from Auckland Medical School, before training locally to obtain his FRACS. Subsequent to this, he spent 3 years as Registrar and Senior Registrar in General and Vascular surgery in Cheltenham, England before returning to Middlemore Hospital at the end of 1992.

Research interests have included aortic aneurysm screening, familial incidence of aneurysm and the use of thoracic sympathectomy. Dave has a significant interest in trauma. For twelve years he was director of trauma services at Middlemore Hospital and he is a course director of the RACS Early Management of Severe Trauma (EMST) course. He has held executive roles in the Vascular Society of New Zealand and the New Zealand Association of General Surgery. He previously served a term on the RACS Board of General Surgery and currently he is a NZ RACS national board member. In 2013 he was awarded a Denis Pickup Clinical Educator Award for excellence in teaching

Dave continues to be involved in most aspects of elective general surgery (including thyroid and parathyroid) as well as elective and acute vascular surgery.

Mr David Adams is available at the following services: