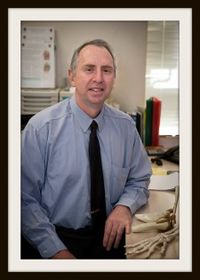 He was born and raised in sunny South Africa and completed his basic medical training at the University of Stellenbosch. He worked and studied in various hospitals during his formative years. This included the large tertiary hospital at Tygerberg in Bellville, Cape Town and smaller rural hospital of Worcester in the Western Cape province of South Africa. He then embarked upon the study of Orthopaedic surgery at the University of the Free State in Bloemfontein, South Africa with its attached academic hospitals of Universitas and Pelenomi.

After gaining the Magister of Medicine in orthopaedics (Mmed (orth)) which qualifies him to practice as an orthopaedic surgeon, he stayed on to spend some extra time learning about joint replacements and orthopaedics in children. He then went to Potchefstroom in the North West province where he worked for 9 years, dividing his time roughly equally between his private practice and working in the public hospital. During this time he had the opportunity to develop an interest in arthroscopic surgery.

In 2007 he developed itchy feet and migrated to Palmerston North with his wife and 3 children to continue working in lovely peaceful New Zealand. He now thinks of himself as the founding father of the New Zealand branch of the family. Just like his great-great grandfather emigrated from East Europe to South Africa.

His work interests include arthroscopic procedures of the knee, ankle, shoulder and wrist. He does primary joint replacements of the knee, hip and shoulder. He is interested in orthopaedic problems of the hand but is careful not to describe himself as a hand surgeon.  If there is a need, he will liaise with hand surgical specialists.

Mr Gert Starker is available at the following service: