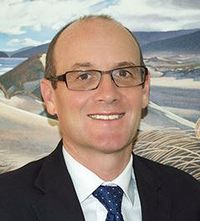 Julian Stoddart trained at Otago Medical School graduating in 1992 with distinction. He became a member of The Royal Australasian College of Surgeons in 2000. Julian underwent fellowship training in Sports Medicine in Perth in 2002.  On returning to Taranaki in 2003 Julian has developed a private practice specialising in lower limb problems.

Julian is married to Rachel McCormack and has twin girls, Lily and Holly, and a stepson, Joshua.

His interests include computer navigated surgery and he has presented nationally on his experience utilising this technology.

A comprehensive assessment and treatment of adult orthopaedic conditions of the lower limb including:

Mr Julian Stoddart is available at the following services: