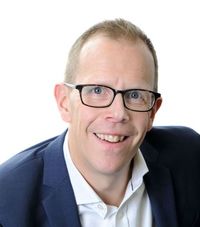 Michael Is a General Surgeon with special interests in Breast Surgery and Emergency General Surgery.  After qualifying in London, he spent 2 years doing full-time research with Professor The Lord Ara Darzi.  He did his higher surgical training in the Oxford Region with a year overseas in a Mission Hospital in Nepal.

After completing his training he came to New Zealand to do a Breast Fellowship at Auckland City Hospital where he gained further experience in Oncoplastic Breast Surgery. On returning to the UK in 2012 he spent 4 years based in Oxford and set up innovative Emergency General Surgical Units at Stoke Mandeville Hospital and the John Radcliffe Hospital in Oxford. He is delighted to have returned to New Zealand as a specialist at Auckland City Hospital in a role combining his main interests.

He is married to Sarah, an anaesthetist and has 4 children.  The family enjoy the great outdoors and all that New Zealand has to offer.

Following a fellowship in Oncoplastic Breast Surgery in New Zealand Michael worked as a consultant surgeon in the UK for nearly 4 years.  During that time he has also done voluntary work overseas in Nepal and in Africa with Mercy Ships.  He is a member of the Association of Surgeons of Great Britain and Ireland and BreastSurgANZ.  He has been an examiner for the University of Oxford Medical School and has been on the National Panel for selection into UK Surgical Training.  He teaches students of the University of Auckland Medical School and also postgraduate Surgical Skills Courses.

Mr Michael Puttick is available at the following services:

Phone us for an appointment or contact us online here