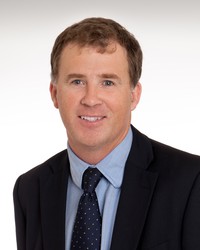 Murray Cox is originally from New Plymouth. Since January 2009, Murray has worked as a Consultant Vascular Surgeon at Middlemore Hospital.

In this work, he is involved in all areas of Vascular Surgery including:

Other professional interests include surgeon training and resource utilisation in the setting of a limited health budget.

His position at Middlemore Hospital includes an attachment as an Honorary Clinical Lecturer with the University of Auckland Medical School. He currently is the head of the Trauma Service at Middlemore.

Murray is also available for consultation in the private sector.

He is married to a general surgeon and has two children.

He attended medical school at Otago University and after his House Surgeon years back in Taranaki, he undertook General Surgical training through the Wellington region gaining the FRACS (General) in 2004.  After some time overseas gaining further experience in General Surgery and Trauma, he then completed the Australasian training in Vascular & Endovascular Surgery through Westmead (Sydney), Auckland and Waikato Hospitals gaining the FRACS (Vascular) in 2008.

Mr Murray Cox is available at the following services: